Contact
Let's Talk About Your Project
< Back to case studies

A construction industry veteran with 35 years’ experience building custom high-end homes, Georgia-based Gary Turnbull saw first-hand how difficult crew scheduling could be, especially amid growing labor shortages. Yet, as a long-time technology early adopter who had always planned to launch his own tech business, Turnbull also recognized the opportunity that existed. 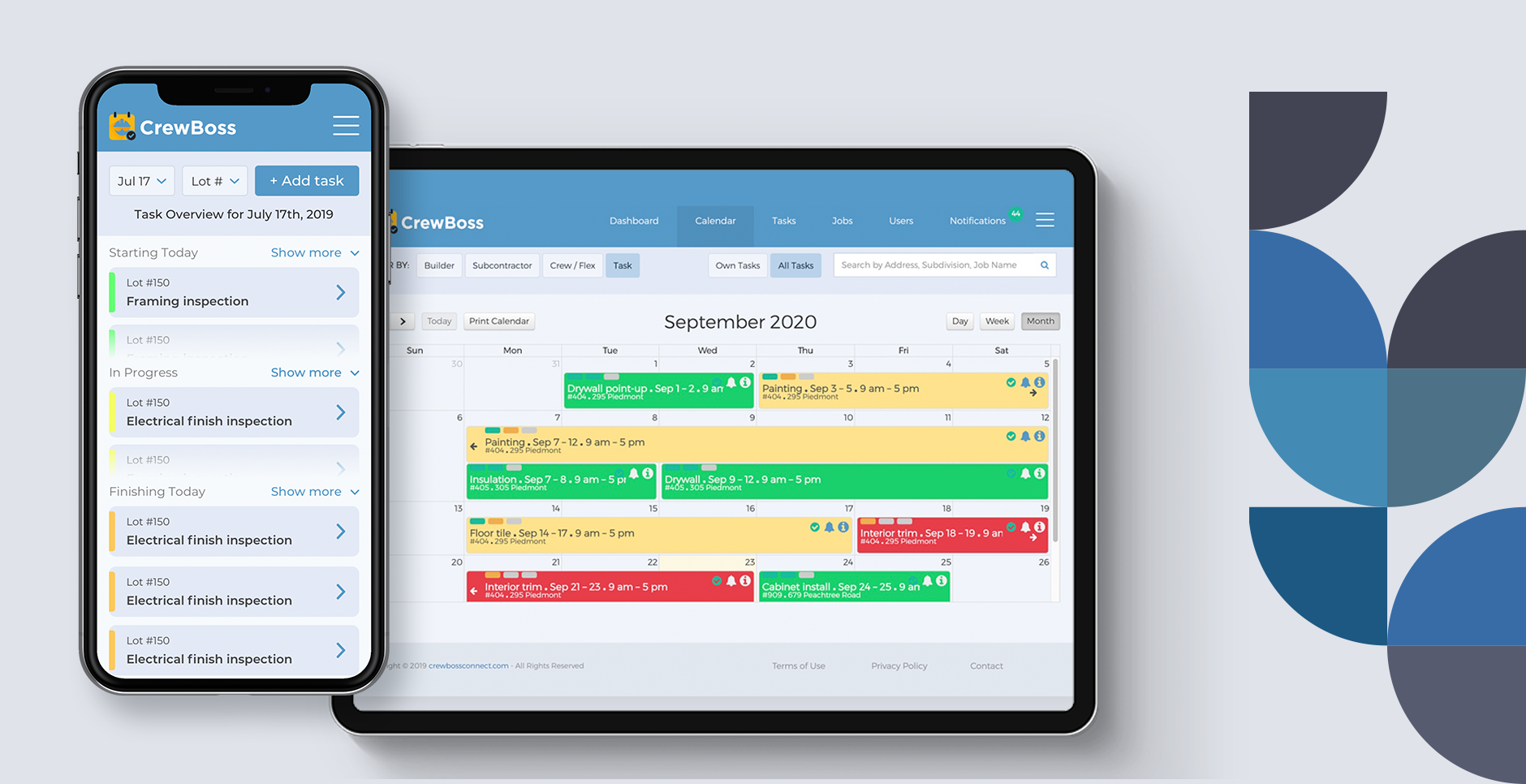 Working with AppEvolve was a pleasure. They communicated effectively and moved through the project in a timely fashion and helped me accomplish my goals with the app they developed. I'm looking forward to working with them in the future.

Turnbull knew crew scheduling challenges could be reduced—if not eliminated—through a technology-driven solution that would increase efficiencies and improve communication by bringing builder and subcontractor schedules together in a dynamic way. It’s no secret that construction innovation is going into the building processes and materials themselves, and less on the technology and management side. Information coming in from contractors was either wrong or didn't arrive at all. A typical contractor is still using paper calendars, whiteboards and google calendars to manage subcontractor schedules for multiple job sites. None of these methods effectively communicate the scheduling to the stakeholders involved.

The app’s features would need to improve upon the existing whiteboard-ing practices commonly used by construction teams. And because innovation in the construction sector often lags behind other industries, Turnbull knew team leaders would need to experience the app’s business benefits as quickly as possible in order to overcome potential reticence to embrace new technology. AppEvolve’s expertise in Django/DRF, Vue.js, PostgreSQL on Docker, Amazon EC2/S3 and Progressive Web App (PWA) technology proved integral to CrewBoss’s successful development. Within a few months, we developed a demo version of CrewBoss, as well as a website and an explainer video.

With the demo version complete, Turnbull was able to launch the beta version of CrewBoss at one of his industry’s biggest events—the National Association of Home Builder’s International Builder Show (IBS). At the event, CrewBoss secured 10 initial subscribers to review the app and provide critical early feedback.

Since the app’s beta launch, Turnbull and AppEvolve have continued to refine CrewBoss, based on their own testing and the response of early users. Turnbull is now able to seek seed round funding and is preparing to formally launch CrewBoss at the next upcoming IBS event.

< Back to case studies
No items found.

without the sales pitch, to learn about how our software development process can help you.

Overcome the challanges your business if currently facing.  We’ll send a whitepaper to your inbox that will provide tips  on what makes software projects stay on time and on budget.
Click Here to see what we’ll cover on Our Call
We’ll tell you why our software projects are successful